You are here: Home / Job hunting / Think Outside the Box 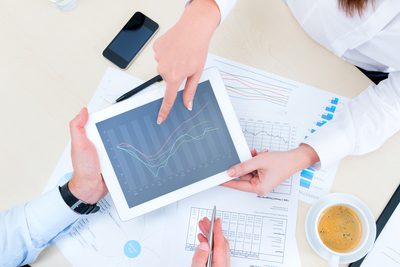 How do you think out of the box? It should be done independently, but how, exactly? See the example below:

Without making more than 3 cuts, cut a cake into eight slices. Many people will have trouble thinking of a way to cut the cake. To solve this, you just have to change the way you look at the cake to figure out how to cut it. One solution to this, it to slice the cake into two equal sizes, put one half on top of the other, then cut it again in half. Then stack the other half pieces on top of each other and cut them again. There’s an example of thinking out of the box.

Below is another example of thinking out of the box:

Four words: add, subtract, multiply, decrease. Which one does not belong in the group? Most people would immediately say “decrease” is the word that doesn’t belong, because the other words are mathematical jargons, and the last one is not. Choosing that option isn’t thinking out of the bod. If you think out of the box, the answer would be the word “add.” Why? Because “add” only had three letters while all the other words have six letters and more. It’s possible to give a lot of right answers, but the answer that shows the most creativity stands out.

The winning component in the way our minds work is using past experiences and processes. Another perfect example is when you are asked to state two days that start with the letter “T.” Your first immediate answer would probably be Tuesday and Thursday. What about Tomorrow and Today? That would be an out of the box answer. Companies try to test new products, and they need to be certain they are getting a design at a reasonable cost. They consider things in the business and believe that objectives will work as planned. These things, however, sound monotonous already, because they only think using the past as patterns, and whereas patterns are helpful since they aid in finishing tasks such as driving, drinking, or eating, these are the same patterns that make it difficult to think out of the box and come up with alternative creative solutions to a dilemma, especially when they are challenged with unwanted and unpredicted data.

One important way to break this pattern, is to try to reverse the patterns, solutions, or designs, and arouse new interest. Take things as they are, and then turn them upside down, inside out, or simply turn them around. You’ll be surprised with the result. This was the personal experience of Henry Ford. Just to “bring people to work” was his usual ordinary plan. Then he tried to change this into something different: “bring work to the people.” Henry Ford’s revised and different new plan resulted in much more revenue.

Another method to bringing out other solutions to simple situations and problems is to not think directly about the subject. If you want to come up with something more creative, do not think of the part of the problem itself, but rather think of subjects or people in motion, then use the abstract design or formation as a stimulus for a new design.

When thinking out of the box, never shy away from the fact that some of your ideas could really be crazy. This could potentially break rigidity of thinking and present a way of sifting the harebrained and irrational. This offers the thinker more freedom to think out of the box and reinvent things in a way they have never before been arranged. What you could do is compile a list of several absurd of odd ideas about a particular problem.

The stress you are undergoing by attempting to “squeeze” the creativity will be released by letting go of the question. All the power of the universe will be free to find a solution, once you let go of the question, and the solution will occur to you when you least expect it.

In more real life scenarios and situations, you could think out of the box just for fun. Without hurting anyone by saying or doing the unexpected, you can practice fun trouble-making stuff.
Just make sure that you first do this to persons you already know, so you avoid conflicts and negative confrontations. Let’s say a friend asks you for the time. Automatically, you would glance at your , which is the result of the stimulus-response theory. If you think out of the box, you may say something crazy like, “it is time for vengeance,” and head toward the door. Watch their reaction, as they subside into complete confusion and trance, and perhaps slight annoyance as you have completely mixed up their heads and interrupted their thinking pattern. (Of course, do not forget to apologise afterwards.)

Thinking out of the box, which is commonly known as creative thinking, seeks to design really creative and new arrangements of elements and components to produce a work of art. Being a creative or out of the box thinker can be quite a rewarding profession. This could be dangerous, but it could also be one of your strengths in no time. If the herd is taking the left path, you go the other way. Deliberately take your own path.

Keep in mind that you can be genius in your own way. Your thoughts and patterns come from deep reaches, and these completely different ideas are smart enough to make a difference in the end. Being out of the box and creative is wild sometimes, but it could move you through self-development and growth. You will be surprised by how easy and differently it will be for you to solve and try to fix things away from the tried-and-true habits. Allow your thinking out of the old box to be your guide to a new, better, and wonderful approach to life.

The Importance of Job Descriptions:
Next Post: Job Hunting tips for Sales Professionals

Maybe when you hear the term "South African Government Jobs" what springs immediately to your mind is something like a police officer, a correctional …

So you have heard that a South African Government Job is a solid career option. You’ve done some preliminary research and there are indeed some career …

Decided that a South African government job would be right for you? Excellent. Now however you have to obtain such a job and like any other that means …

There are a variety of requirements each specific industry has that an employee has to meet. How do you prepare for a competitive environment when …

The DPSA is one of South African’s biggest employers and as such is able to supply an unparalleled selection of job opportunities.